It is unbelievable, but it is fact, one of the most costly shows in world Cirque du Soleil-Ka. The Show and the theatre developing cost come around $165 million. Show’s concept created and directed by very talented Robert Lepage. Ka is one the most popular show of Cirque du Soleil. Cirque du Soleil produces variety of show which have different mood and flavor but Ka’s viewership is quite matured. Ka is the first Cirque du Soleil production which deviates from company’s usual format. The production presents simple and heart touching straightforward story. Ka is generally differing from other Cirque du Soleil’s production. Actually it is a result of combined effort of so many hard working peoples who works together and they are bound to give for one of the best result for the productions. Director and creator Robert Lepage, Director of creation Guy Caron, set designer Mark Fisher , Costume designer Marie Chantale & Vallaincourt ,Choreographer Jacques Heim etc these are some names whose conjugate effort  has made Ka.

Cirque du Soleil-Ka has premiered first time on 12 October 2004. There after journey is still going on and Place is MGM Grand Las Vegas. Stage of ka is Conventional type with a permanent floor where two huge portable platform and five small lifts. There is huge space defined for performance in a Show which is designed according the demand of the situation of the story. The stage is movable.

Total capacity of sitting is 1950 peoples in the Ka theatre, is equipped with a total of 4774 loudspeaker drives in 2139 cabinets a pair of speakers at ear level in every seat and hundreds more strategically placed around the auditorium. The Show uses the multimedia projection in the show utilizes both infrared video motion detecting as well as a system of touch-sensitive panels beneath the surface of the main ‘Sand Cliff’ deck. This system helps to track the location of individual performers and change the video content according to the demand of story situation. Huge stage and thousands of peoples demand more safety around the show, that’s why show organizer has more conscious about safety. With the presence of well trained instructor any performer performs. If you love to listen flawless music including with fantastic acrobatic, strong martial arts all in one under one platform, then Cirque du Soleil-Ka  absolutely for you. May be two types of Ka Tickets available, one is available in flat rate and other is available with discount rate. If you are going to buy a Ka Discount Tickets you will have to do some little hard work but if you go with first option you can simply buy Ka Tickets. Choices are yours. But I think price of Ka Tickets is not a big deal for you. Here you can priceless enjoy. Ka Tickets Las Vegas is waiting for you,MGM Grand  is the place where you will get all entertainment fun which you will not ever seen before! What are you waiting for? Do fast don’t miss the wonderful chance to see Cirque du Soleil-Ka. 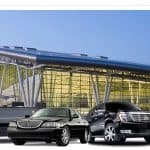 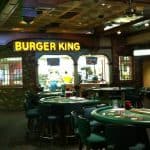